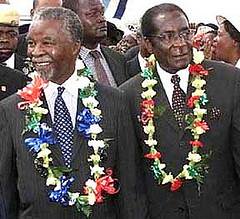 The Battle For Zimbabwe

The meaningful reality, in this deep contention was a war between Africa and Europe, ( America also) where Europe want power and control in Africa, control of the resources, but Robert Mugabe stood in their way. The war was to destroy Robert Mugabe and Zimbabwe. But with the strong defense of the United Southern African States, Africa was victorious over Europe and America in this battle

The Battle of Adowa

February 16, 2011
When one thinks of Menelik II what immediately comes to mind is Ethiopia’s great victory over Italy at Adowa in 1896. But, as all those who are familiar with Ethiopian history know very well, military prowess in Ethiopia does not date from the days of Adowa, but has been a […]
Continue Reading →

January 17, 2011
Saint-Domingue, today Haiti, was once the wealthiest in the Caribbean. In 1789, with about 528,000 African laborer, with 30,000 European rulers. And in 1791 the 13-year-long Haitian Revolution began. Haiti, is by far, the country that has been worst punished and most hated for forcing Europe and America to put a punctuation in their concept of superiority. Not only did the Haitians defeated the European folk hero, Napoleon, they held America, British, France, and Spain armies at bay for one hundred years (100 years); with all their power and superiority, the Europeans and Americans could not broken down the Haitian defense.
Continue Reading → 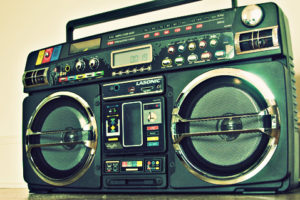 THE STEREO THAT SHOOK THE EARTH

March 29, 2010
This what I saw in this world. A machine that was used to determine those that are innocent, and those that are guilty. The machine designed in such a way so that the operator can cause the needle to point on any person or persons he feels and, whosoever the […]
Continue Reading →