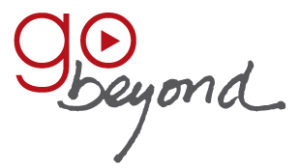 There was a certain preacher who was preaching: “man falls from grace.” So I shouted from the back where I was seated: “it was Adam and Eve who fell, man had nothing to fall from.” So he continue preaching and quoting scriptures; suddenly his robe disappeared, and every could see that he was naked. Then a woman went and began to apologize to this bewildered preacher for my behavior. So I went on the stage where they were both standing and spoke so that every one in the congregation could hear:

Do not apologize for the things that I do.

Jesus did not get any of the rabbis education; “nothing good could not come out of Nazareth”. Jesus almost got expelled from his local school many times his mother had many times gone to see his teacher; Jesus kept questioning the teacher. At fourteen Jesus mother and father had enrolled him into a rabbi school in Jerusalem, but his father died before the school year starts, and Jesus elected to take care of his mother and sister and brother and take over the family business.

Imagine Jesus at a rabbi school! He would for sure be expelled.